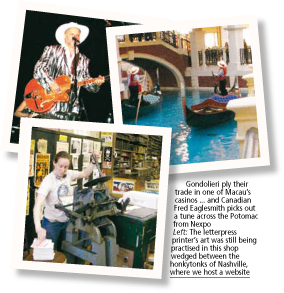 Why bother with the 22, going on 47-hour trek to Düsseldorf for DRUPA when the only web-fed ‘newspaper presses’ to be seen running were the new breed of digital inkjet systems? Precisely for that reason, I guess ... because the show still carries some significance in the minds of product strategists and their research and development staff. But if you went in the belief that the two major German (or three European) manufacturers could do more than truck out a few static units, you’d have been disappointed. The ‘virtual’ newspaper show? At least it was real and present – and with the attendance of all the prepress, press and mailroom industry’s major players, the ‘basis for business’ organisers promise. Some visitors I spoke to had ‘popped across’ from the UK to see half a dozen companies they were interested in, rather than trek around their separate showrooms. And for the still-strong Australian contingent, better than making do with blogs, logs, websites and press releases (until GXpress comes out, at least)! And that hugely-delayed QF5 flight from Sydney? Having already shouted me a night at the Brighton Le Sands Novotel, offered the same in Frankfurt, and allowed me the concession of buying an upgrade from my tour economy ticket, they further sweetened the pill this morning with the gift of a $350 travel voucher. Maybe I’ll even give them another go! That said, I’ve been ‘lucky’ with travel this quarter: Planning to complete the journey to Ifra’s Macau conference by ferry seemed like stepping into the unknown ... but worked like a dream (and was certainly an experience). Further along, I shared Nexpo’s Washington not only with Obama, Clinton and McCain, but also the Pope ... and found a shuttlebus driver with time on his hands to show me the sights on the way in. The result was a quiet exhibition hall in which vendors had time to talk ... if they hadn’t already taken a pragmatic view of the competition for delegates’ attention and gone home! One company which seemed more than happy with its show visits was Brainworks. The printed footsteps leading to the stand may have helped, although one wonders whether it was more about the offer of free lunch tickets to hear the presidential hopefuls to those who stopped by ... Staying to the end, I also managed to catch some good music on the closing night at nearby Wolf Trap with Canadian singer-songwriter Fred Eaglesmith and Australian opener Audrey Auld, before heading down the road for meetings and the flight home. It was on schedule, and having earlier arrived at London Heathrow’s new T5 without losing my luggage – unlike the 150,000 whose bags were reported to have been sent to Madrid – I knew my luck was still running. I thought it delightful to see Dame Elisabeth, who turns 100 next February, on a TV gardening show earlier this year. But listening to her again on Andrew Denton’s programme it’s clear that the sprightly nonagenarian gets out and about regularly in a variety of roles. The widow of Sir Keith Murdoch, she was among guests when the Herald and Weekly Times farewelled managing director Julian Clarke last November, and was later seen gadding around the Cruden Farm garden with the now-retired Peter Cundall. Then talking fairly frankly to Denton, she referred to her pride in Rupert – if not in his wealth – although admitting wealth is “a tremendous tool”. And there was the pragmatic, “You have to maintain your views without insisting that someone accepts them.” Recent months have seen changes in the local graphic arts publishing scene as well, with the sale of ‘Australian Proprint’ to the UK’s Haymarket, and ‘On Demand’ to Perth-based Cygnet. Both magazines were launched by printers, each enjoying the kudos which goes with being someone to whom potential advertisers might want to sell equipment or consumables. With that change – Don Elliott of ‘Proprint’ sold his share in Sydney-based Agency Printing to the NZ group now known as Geon – comes new priorities and a different economic model. Agency, which had been printing GXpress, was closed abruptly in June. All of which leaves us as one of the few privately-owned magazines in the industry sector, and the SWUG newspaper – which carries the imprint of Fairfax Media’s Agricultural Publishers division – as one of the few still owned by a printer. With nothing therefore to declare “but our own genius” as Oscar Wilde* would have said, we’re therefore doubly grateful for the support (and indulgence) of our readers and advertisers! What do you remember of the newspaper trains which used to be a regular feature of daily distribution? Canberra-based researcher Victor Isaacs has sought information on the subject via the Australian Newspaper History Group. In Victoria newspapers left Melbourne on early-morning trains designated Fast Goods (News) until the early 1980s, he says. But when did they stop? And what about other states? Isaacs says mixed (combined passenger and goods) trains carried the day’s papers from Sydney, but he’s not aware of specific arrangements elsewhere. Contact him at abvi@webone.com.au or (02) 6257 17842. gx * Not Wilde, as I managed to write in our print edition. Thanks to Andy McCourt for being the first to point out the result of my brainstorm.
Sections: Columns & opinion 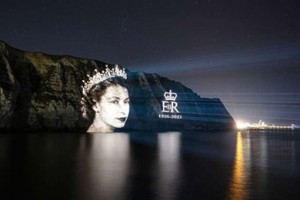 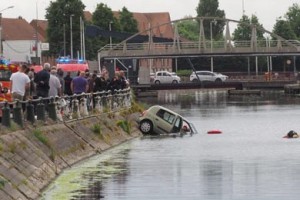